Nothing of technical merit is in this post! You’ve been warned. 2020 has been a year that will probably go down infamy and specifically for me, as the year draws to a close, it has me thinking about business management, authority and imposter syndrome.

Not many people know this, but I’ve ran my own businesses throughout my entire career, often in parallel to the day job. Whether that’s education, spare cycle consultancy or just weekend antics, some people want to buy stuff, I like to fight the tide. It keeps me fresh and grounded. The knowledge also has to come from somewhere! As corporate life edges closer to optmisation exhaustion, personal and professional growth comes from other areas. This is a nice onramp to thinking about business management.

Knowing yourself is key in setting up a great relationship with your direct or indirect manager. I know how I like to work and don’t hold back when it comes to feedback. Providing feedback to managers is great when they actually take heed of it, if not, it’s like shouting into the wind. Doesn’t matter what your feedback is, if the managerial expectation hasn’t changed, then you’re on a collision course. This happened to me more than once this year and it’s sad and mentally draining. I pondered what it is to manage from fresh and came up with an analogy. It’s like having a voyage grade sail boat that’s partially automated. Earning and keeping your place in the crew is one small cog in the machine that is a voyage. You’re not indisposable, but functioning cogs drive the machine. 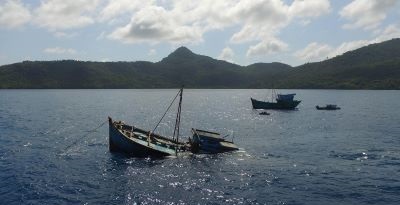 The sails need adjusting, the direction needs to be set and constantly corrected and there is much sick to be mopped up. A good crew runs around doing this without much leadership and if the crew shout ahead about inbound unexpected or unwanted guests, it’s down to the captain to make a decision; fight or flee. Making no decision may see the boat stripped of value and the crew demoralised.

Directionality is a huge factor in the journey. Knowing where you are going and what your purpose is. Imagine the motly crew when docking for supplies, drinking grogg and entertaining other pirates in a bar with tales from the seven seas. This is also how legends are created, but that’s another post. If the journey is long, a good captain knows that a few stops along the way may be required to boost the spirits of the crew, keep supplies plentiful and remove the dead or wounded from the functioning crew. That’s more than direction and vision, it’s execution.

The boat also plays a huge part. Imagine a crew on a raft! It’s going to get you somewhere, but at great cost of sinking or just flipping over. You’re not going to have much wind in the sails and the crew will ultimately kill themselves from lack of space. The boat has to be “just enough”. If the crew or laying back on a cruise liner, playing casino games and swimming, the mission is hard work and likely to fail. That comes when the destination is reached!

The tiller and sails. Steering the boat at the wheel is great, but what about the wheel assembly and how it’s connected to the tiller? What about the sails and their operation? Which is more important? Both are important, else you have motion without direction and vice versa, direction but motion comes at the will of the sea. These probably don’t need translating to business terms.

Management is hard and I’ve been guilty of complaining about middle management that is useless and empire builders flattening everything in their wake for promotion, fame and fortune. There are always things you don’t know about and always experience to be had. It’s like a pirate being battle hardened, you don’t just wake up one day experienced with a wooden leg. You have to sail on the business seas to lose limbs and get experience. 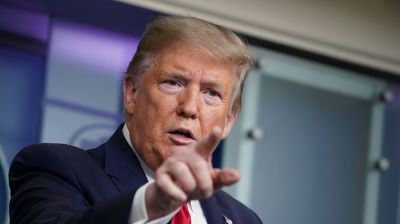 It used to be that managers, bosses, foremen and leaders would yell at subordinates to get jobs done. With so much HR and political correctness doing the rounds, these habits have changed, but I can’t avoid saying new tactics have emerged that involves being more underhanded, playing ignorant and throwing people under the bus. It takes great leaders to spot this behaviour and make the best of the skills at their disposal.

The balance of authority is hard to meet. I get to a point where my patience runs thin and just want to “JFDI”. This sometimes comes across as command & control focussed. I’m forever trying to be careful of the marks I leave on people because these things come back to bite. Getting the best of out people means in some cases just having hard conversations and as much as it’s exhausting, leading people to where they need to be mentally to see the view from your point. I’m of the belief this is pure story telling (remember the pirates in a bar reference, telling stories of the seven seas?) and trying to win people over. Sometimes though, things just need to get done. Balance is hard and you cannot win everyone over. So what then? Do you destroy or tread carefully? Be careful of the monsters you make is what I tell myself at every decision point.

I was lucky back in the mid 2010s to go and see the IT Crowd being recorded live. It was ‘Jen the Fredo’ episode and the seats were great. Me and a friend saw all the sets and were close enough to hear comments from the cast. Miranda Hart even stomped in introducing herself in the shrieking tone she’s known for. What a night. Anyway, there was a standup comedian that was keeping the audience comically warm in between scene recordings. He was the opposite of fantastic and the audience began to turn on the poor excuse of said comedian. Ultimately, because of our location in the audience, attention came my way. I had pre-ordained a routine and interaction with said comic fail and live to regret what happened. The comedian mentioned that he’s been fired from most of the gigs he’s been on and then moved over to directing his genius to the audience and asking who was taking the bus home from the studio. My brain came up with this: The comedian will be fired and should probably be joining the other people on the bus ride home and will be in the job line come Monday morning. When this vandal of humour launched his attack my way asking what I did for a living responding with “oh well, it can’t be helped”, I responded with my prepared response “At least I’ll have a job Monday morning, enjoy the bus ride home”. It’s safe to say, I think I ruined the guy’s night. I’m not proud of that and should have treaded lightly. There is a flare in my psyche somewhere that rejects bad authority and it negatively effects me to the point of paralysis. This is something I’ll be working on in 2021. 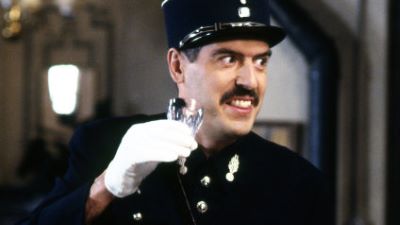 I failed school, had flakey friendships and just did not enjoy it. I was a weak person, didn’t understand why anyone wanted to fight and had mental issues with being a child. I began to progress in life when escaping from the clutches of school, focussing on what interested me out of the academic regimes. That meant embracing minimum wage to skill-up, working low end jobs whilst figuring out what I wanted to do, all the time whilst watching family and friends buy houses and cars. It was soul destroying. I’ve often balanced work, consultancy, extra education and intensive hobbies and despite reaching moments in my life of utter exhaustion, it’s been worth it. I started late but believe I have built solid life and tech skills along the way. I don’t have much to show for it though, no degree, no doctorate, I’m not distinguished and I’m certainly not special, just enthusiastic when an idea latches. I have always prided myself on having knowledge because I come from a childhood where knowing things was a gateway. Life in 2020 even in this dumpster fire of a year is magnitudes easier compared to life yesteryear and it has made me question the value of knowledge, when it seems the modern process is to consume some online content from Udemy and then challenge those that have dedicated their lives to the same topic. Is it madness or am I just old?

I am tired of people thinking they know things after reading surface level news or blog posts and then claiming on Twitter than they feel like they are in imposter. Well, these people are imposters. They make fools of themselves with implicit declarations of knowledge they do not have, all in the game of social media favour and building authority that apparently needs to be respected. The 2020 version of imposter syndrome needs to die in 2021. It is a damaging game. If you do not know a topic, are not an expert and have surface level knowledge, just call it out or be quiet. Maybe you forgot about a subject you were once an expert on? I was once a real time operating system expert. Not now. I can still show interest and ask questions, but my knowledge is over a decade old at this point and has questionable value. I am not knowledgeable in this area, despite living and breathing it for some years. That said, having enough knowledge to validate a course correction is important and I struggle often with this topic. Every time this comes down to me asking questions that probably drive everyone mad but provides clarity on who understands, who does not care and who has moved on with their thoughts.

Who knows what next year will bring? I’ll be working on some personal skills and attempting to become a better observer, question asker and proactive member of the teams I find myself on.

Thanks to everyone who I have crossed paths with this year! Merry Christmas and I hope 2021 brings you much joy.