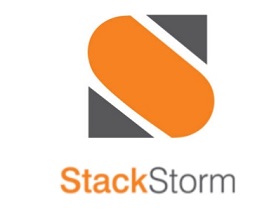 Coinciding (roughly) with the version 2.2 release of StackStorm, the Ghost2logger pack has been released.

This pack provides in essence a “Syslog sensor” that provides the user a tuple match on a Syslog entry, tuples in this case being:

The actions can then be anything you so desire, either triggering a sinlge action or full blown workflow with Mistral or Cloudslang.

In terms of using the pack, all that is required from the user is the creation of rules and pointing your syslog source to the Ghost2logger location. Most of the time Ghost2logger will live on the same install as StackStorm, so point it at the IP address StackStorm resides. Worried abut StackStorm load? Don’t be. Syslogs aren’t actually processed by StackStorm, but are processed by the Ghost2logger binary. Only matched entries dispatch triggers. There is some inception going on here. Prepare yourself for this: “Rules will only match what the rules have created the match conditions for”. If you understand this hypothesis correctly, you will understand that this is simple feedback from the rules base back to Ghost2logger.

The pack itself consists of a number of simple components:

Ghost2logger binary is the crown jewel in this pack. It can be ran in the foreground (original idea was to run it in a screen session) or the preferred route of running it as a systemd service.

The first thing you need to do is install the pack. Great news! The pack is now part of the StackStorm Exchange so you can install it straight from StackStorm itself.

Then configure the pack.

You can safely accept all the defaults if you are happy with “admin/admin” for the user/password respectively.

The key that is presented, make a note of (somewhere like Keepass) and paste it into the config file, replacing the st2api key line default entry.

Replacing the default value of this line “REPLACE_ME” with the key.

Once these steps have been followed, then you can copy the ghost2logger service unit file across to the systemd directory and start the service and validate that it’s running.

At this point we need to restart the sensor container, allowing each sensor to pick up it’s associated configuration.

Now that we’ve started things up (the binary and the sensors), let’s check that everything is working! Check the output here to make sure everything is ok and nothing has exited.

If you’ve made it this far without any errors, then create a rule using the criteria below and check that the constituent parts appear in the output of journalctl. The rule has an action of nothing, but it’s not important. It’s a test rule.

There is a Python script which can generate the test Syslog located here. Inside the script, modify the IP address and run using:

At this point, you have a running Ghost2logger install and know how to check logs for anything weird. If you happen to spot something, feel free to raise an issue on the StackStorm repository or email directly.

There is a video here of the final test procedure including what the rule criteria looks like on the GUI. The action is different in the video as it pushes a message to Slack, but that’s fine detail. The core of the demo is the same.