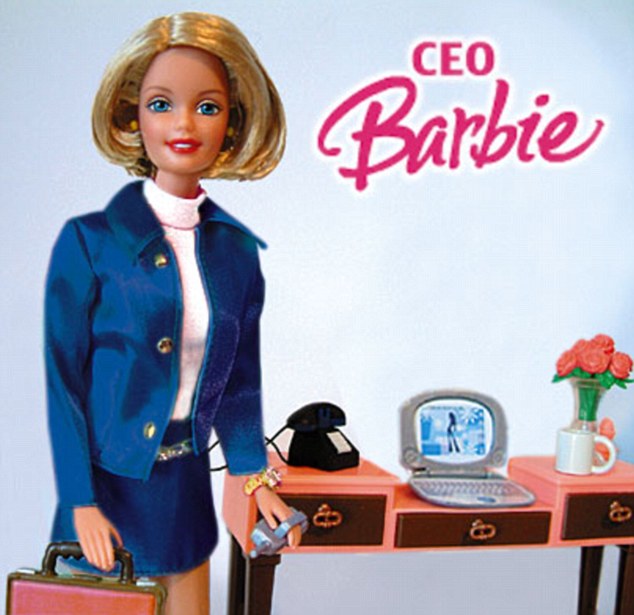 Twitter is a great place to air thoughts, gather thoughts, create allies and destroy bridges. Twitter is also limited to 140 characters. Not great for talking about complex things. For large subject areas, Tweets are normally pre-appended with [x/y], which designates what message out of the chain this particular one is. Tweeting about emotional and sensitive things is probably something I need to stop doing, especially without the means to portray the exact meaning behind the Tweets and feeling that goes with it.

To those that have recently started those businesses, you have my respect for jumping in with both feet, not to be confused with gripes about titles!

Being Misunderstood and Business Titles

With startups being the ‘in thing’ and the millennials starting ‘micro businesses’, the misuse of titles grinds on me for very valid reasons. Everyone wants to be that person that sells their startup for millions, or gets recognition on TED for being awesome. I have news. Most companies fail within the first year or two. Most never make it past five years. Those that do in most cases have gambled everything to win. As newer technologies sees new roles and skill sets being developed, it’s only natural new businesses will appear to cope with demand where larger businesses are not in a position to risk investment just yet.

Most people in IT have had a small (one man) business at the same time as working for another. It’s kind of normal. I myself have had several small Ltd companies over the years, with one being a partnership. Some go that step farther and quit their day job to concentrate on the small business activities. With luck, hard work and graft, some of these previously personally floated companies make it to be fully self-sustained, along with providing a salary or two for the people that sacrifice so much to make it happen. These people generally buy only essential physical items, they socialise less and more often than not, their relationships fall apart around them as the business commitment takes hold. Everyone speaks about the victorious battles and ducking and diving to make these businesses work, but there is so much left out.

Should titles matter that much when starting a business? If you’re the only person, then you’re the CEO? Yes, you’re the CEO of a piece of paper with a company name on it. Other CEOs stand in front of £10bn a year revenue streams, report to the government and a board of directors every week. The name implies so much more than piece of paper which calls itself a company registration certificate. One CEO might not appreciate a CEO of thin air claiming to be on the same level. CEOs are people at the end of the day.

The arguments for titles are well understood. This personal issue I have with stems from my own wounds and scars from trying to grow businesses from the ground up and in most cases failing to do so for one reason or another. We all have imposed expectations of title. A CEO makes most of us sharpen our pencils, posture and presentation. A CTO makes us more technically aware. A Managing director? I have been guilty of dropping the value of the title to ‘under-dog fighter’ status and have ‘given them a run for their money’, or ‘making them work for it’ if the former doesn’t translate well from English to English! Each title holds with it a status and understood level of battle experience.

Bamboozling companies in to meeting you when you first start or take a ‘hobby’ business full time is hard. You take every opporunity and knock on every door. With a limited amount of cash in the bank, any success keeps life blood flowing through the veins of the young sprout of a company. You borrow friends who pretend to be sales, engineers and account managers. Hell, some might believe in the cause so much they themselves join on zero salary and shares to get going. If you introduce yourself as the CEO, you’re the one whose pressure it is to make it work. You’re the one who the other CEO does a background check on. Why should her or his business give their cash to your business, the new risky business. As a CEO, you’re expected to have been successful somewhere else and have the ability to raise cash. Imagine my shock when you’re about to land business and the CFO says: “We’re so sorry. We like you and we wish you all the best. We don’t work with any comapny that hasn’t got a million USD in the bank”.

On the flip side, another example. You present your service or product and you explain your business and the energy around it. Your passion for delivering value and excellence, then you say “CEO, I’m the owner and registered managing director. I’m the book keeper, the receptionist and engineer. I’ve arranged a million pound credit line with the bank and I’m desperate to employ good people to grow at a steady rate. You’re the kind of company and custmer we want to commit to. I can provide contracts providing a legal personal guarantee and can arrange a call with the bank to confirm our funding line”. This outcome was positive as it was pitched at the reality of what the company was and more to the point, who I was. CEO wasn’t mentioned yet the C levels were still addressed.

There is nothing wrong with pitching from a ‘managing director’ or ‘propreitor’ level to a CEO. Having a C level title doesn’t put you on par with other C levels. Earlier on in this post it was mentioned and directly experiencing the outcome of this tactic, you might feel absurd and out of your depth.

In the UK, companies house is the first port of call for a sanity check, along with scouring Google for references around involvement of your company with other ventures, engagements or communities. Business circles in most cases are quite small too. Whether you like it or not, other businesses can make you feel compromised if you’re not prepared for it. If you get upset about titles, then you’re in for a shock.

Starting a business is an emotional thing. It’s a huge commitment both financially and mentally. If you’re working for another company, in most cases it’s a huge risk if you’re competing secretly. It can also lead to jail time, just to point out the seriousness of the undertaking. Your relationships suffer around you and no matter how much you try to manage that, there is fall out. You will work more hours than you’ve ever worked and will carry more weight on your shoulders than you realise is possible. Your girlfriend, husband, wife or lover will have back this and be there for you when you collapse and sit in a corner wondering what the hell you’ve done with your savings, spare kidney and time. Everyone and everything you’re involved with suffers. Emotionally you’re in. Financially you’re in, Mentally you’re in. You’re life becomes this business.

Titles are transitive labels. Until any business is mature, the titles will be interchangeable. Some titles probably shouldn’t be used until you have employees, customer accounts, cashflow and engagements to manage.

Starting a business in the full safety of living at home with your parents, or starting a shell company to manage your out of work dealings and calling yourself CEO or Founder implies different things in the non-millennial world. Some that read this will relate to it. Those that don’t, maybe it’s time to take a risk, lose and get back on the horse.

Here are some viewpoints from my own experience of dealing with UK businesses:

i) CEO: A one man band without history or evidence of experience or survivability, you’ll probably have a lovely meeting but then never hear from them again. CEO of a one man band company that’s been going for ten years and has been profitable, the perception is you’re a bit of an odd ball, but whatever, you’re good to talk to. CEO of a thousand plus manned company, is someone to be reckoned with and can make agreements at the highest level. The society view of a CEO holds ground and more than anyone would like to admit. A sole trader, a managing director, owner, proprietor holds the same power as a CEO of a one man band and seems ridiculous to announce yourself as that when the other titles reflect accuracy of information and the holding of society. On the flip side, CEO as a one man band is not inaccurate and for companies that have survived more than five years and early death, it can be a medal of achievement and recognition. CEO also doesn’t necessarily reflect ownership status.

ii) Founder: Most people think “Ah this person must have sold the company and was a founder, or it’s now floated and they’re a share holder. Where’s the Ferrari?”. Founder has recently been more aligned with a startup that has a burn rate of cash and little output if any. Flip side view point is that you started this baby up and if the company has been alive for more than a few years, a founder can be viewed as experienced and someone who is capable of holding their own.

iii) Managing Director: Legal title and implies legal responsibility of Ltd, Public and charity companies in the UK. You can make the highest of decisions for the company and ultimately are responsible for losing it all if things go wrong.

iv) Owner: implies responsibility and lack of self given grandeur. The person that opens the post, pays the bills, wins and executes deals.

v) Proprietor: Business owner, commonly known as proprietor of goods – thanks to Lindsay Hill for the Arkwright reference. Personally in the UK, this still works, although it is viewed as a retail title.

Unlike some that speak about these points, you’ll find my name all over companies house as directors for various companies. Some of them made profit, some of them did not. Some of them were shell companies to manage legal issues of ownership and to properly tax income. Some of them were purely tools for trade purposes. I know this much, at various points in my career in IT, I have lost everything and have rebuilt from scratch. I have been at the hand of being judged by companies with tenure for daring to offer services to them. I’ve also successfully gone through the initial life/death aspect more than once for a new company and whole heartedly know what it’s like to risk all and survive.

Before you go adding a title to your recent acquisition of an off the shelf company, know your audience. They’re savvy, they check legal registries, they check finances and they will track you down for financial stability, character traits and weaknesses. They will know before you realise the ins and outs of your mental projection as you start your pitch. If you call yourself the CEO, then act like one and own it.

One last thought, would you call yourself president? Does that hold other meaning to you personally?